← more from
Lost Tribe Sound
Get fresh music recommendations delivered to your inbox every Friday.
We've updated our Terms of Use. You can review the changes here.

The End of Medicine (Original Score) 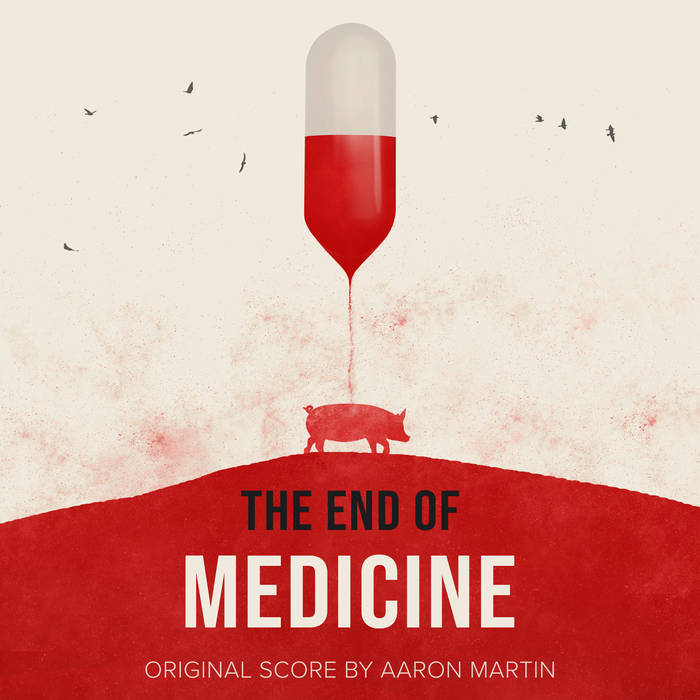 Music Won't Save You

After working on the short film score for Alex Lockwood's "Test Subjects" in 2019, the BAFTA award-winning director again approached Aaron Martin about working on the original music for his first feature-length documentary film "The End of Medicine" with Rooney Mara and Joaquin Phoenix acting as executive producers. The documentary explores zoonotic diseases and antimicrobial resistance, which threaten the health and lives of the entire human population.

Rather than being brought in for the final stages of filming, Aaron was included early on in the process to begin to work on sketches that could be developed as the film shoot progressed and editing began. The film's scope widened and the work deepened in complexity as the COVID-19 pandemic rapidly spread, setting off a nearly two-year journey to complete the film.

The uncertainty about the pandemic and the pressures of creating his first feature-length solo film score, pushed Aaron to reach deeper into his personal approach to music and to further grapple with the idea of adapting a process steeped in vulnerability to the language of film. The result is not only an exploration of the scenes and ideas contained in the documentary the music is intended to serve, but also a direct extension of Aaron's solo work, which left off with "Touch Dissolves" (IIKKI) and "A Room Now Empty" (Preserved Sound). The music is built around Aaron's core instruments of cello, bowed banjo, and bass, and even includes some percussive elements.

This original score is Aaron’s first solo release presented by Lost Tribe Sound, even though the two have a long history of collaboration. The US label has previously released three albums from Aaron’s project with Dag Rosenqvist under the alias, From the Mouth of the Sun. Those titles include ‘Hymn Binding’ (2017), ‘Sleep Stations’ (2018), and ‘Light Caught the Edges’ (2021).

Aaron Martin is a Kansas-based cellist and composer. His solo work has appeared on Eilean Rec., IIKKI, and Preserved Sound, among other labels. In addition to his main music work, Aaron has recently begun scoring films, including a feature-length score for A24's "Menashe" with Dag Rosenqvist and the Oscar shortlisted documentary short "A Broken House."

"Martin's combination of cello, bowed banjo and bass is perfectly suited to the subject matter, moving fluidly between melancholy and foreboding." - (Richard Allen) A CLOSER LISTEN

All music by Aaron Martin
Mastered by Ian Hawgood
© Aaron Martin (ASCAP)
Under exclusive license to Lost Tribe Sound, LLC
"The End of Medicine" is a documentary film by Alex Lockwood.
Thanks to John Roddy.

Cellist, composer, half of From the Mouth of the Sun

Bandcamp Daily  your guide to the world of Bandcamp